Herman Miller has shown the gratitude one reads about in rescue - how dogs know they have been given a chance at life; at belonging, no longer abandoned; of being part of a family, not a statistic.  Some dogs take their time to feel at home here.  Not Herman.  From the day I brought him home, he has made it clear he is happy to be here.  He would also be happy to find a home of his own, too.  One where he, even as a Beagle, can take his time to eat.  Herman eats slowly - he snacks.  Most Beagles don't - they scarf down food and will eat till they burst.  Herman needs to put on weight.   I know he will but it will take time.  He may need a dental - and I know just the place.

Dr. Ann Seabaugh has been my primary vet since I moved to Cape in 1994.  I then had cats and horses - she took care of my cats.  When she moved to La Croix Pet Hospital, I tracked her down and followed her with my growing dog population.  In February, as part of Animal Dental Month, La Croix held a drawing for a free dental.  Mike and Lauren Alford won - YES!  There is more - none of their pets needed a dental this year; they donated their dental to Silverwalk - and I do believe, after being seen by one of the fine vets there, Herman Miller may need to put that gift to use.  I think, knowing a little about Beagles, it is the state of Herman's teeth which may be causing him to eat slowly.

Thank you, Mike and Lauren as well as the vets and staff at La Croix.  After the holiday, I will make an appt. for Herman to be seen.  In the meantime, he will enjoy a mash of moist and dry food for his meals.


“Nobody can fully understand the meaning of love unless he’s owned a dog. A dog can show you more honest affection with a flick of his tail than a man can gather through a lifetime of handshakes.”

He is very handsome. Love his deep brown eyes.

What a charmer . I'm sure a quick visit to the vet will soon have him wolfing his food down ! 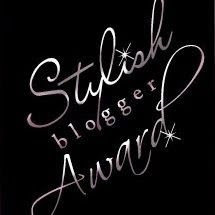