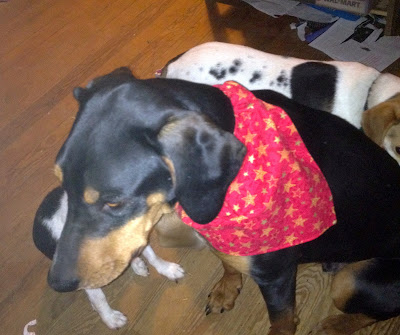 Justus and his finery being checked out by Mami de Gund and Molly T.

I had quite the dog day today:
I'm tired but in a very good way! Doesn't sound like much...Walter put himself into a Beagle crate (twice) - I need to nominate him to that Chinese circus with the contortionists.

The dogs have toys, I have new pajamas, the weather is holding (just) but no snow; we missed that Plains snowstorm. I've been in a few of those - not fun at the time but later, a blast! 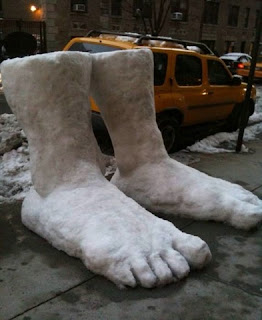 Two feet of snow
Posted by Roberta Beach at 21:20

Email ThisBlogThis!Share to TwitterShare to FacebookShare to Pinterest
Labels: community, pups for prison