Ricky lost his life battle Monday evening. I fed him Monday morning, saw again his white gums and tongue. He started pushing out his liquid food. Recalling how people and animals stop eating at end of life, I stopped making him eat. I sat holding him for some time, then let him stay outdoors till I had to get ready for work. Storms were forecast.

Ricky died in his crate next to Lucy in her crate before I left for work. My temp. roomies told me Lucy cried outside Ricky's crate by his body in the evening when they were home.

I'm planning a series of blog entries on pack management. Not always winning the battle is part of accepting at risk dogs. Ricky was severely heart-worm positive as is Lucy.

In the context of a large pack, I decided in consultation with his vet and my rescue/director friend to neuter him because I had two girls, Lucy and Peanut, intact due to mammary tumors. We took the risk on behalf of the vulnerable girls. We and he lost - but the girls won and Ricky knew love.

I talked with the vet about spaying Lucy since she might be impregnated by Ricky. Her HW cough is so bad, I won't. Will wait and see....letting her live the best life possible as we did Ricky, sending her and her unborn to heaven should she indeed be pregnant. Lucy will not survive a pregnancy but if she's NOT pregnant, I won't cut her life short as a prevention.

Posted by Roberta Beach at 17:04 5 comments: Links to this post 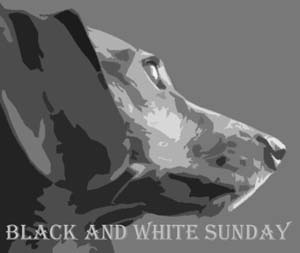 Posted by Roberta Beach at 18:13 No comments: Links to this post


Halle is a lovely, middle aged Walker Coonhound. A family is missing her - she's too fat to be a hunter unless she gained all her weight at Sullivan Animal Pound. Halo for Animals, a volunteer group working very hard to save the animals in their small pound, contacted me about Halle.

Halle is mellow, responds delightfully light on a leash, is heart-worm NEGATIVE. She was on the table for her spay when the vet found a spay scar. Wahoo!!

She is great with the other dogs, no matter what size. Mami took offense when Halle sniffed her too close; Halle backed up and respected the growl. Good girl!

What a perfect dog! Halle's good in the house (keeps the couch from levitating), but not house trained, though, to be fair, I had the door shut so she didn't have a chance to get outside; she uses the dog door.

Halle's only flaw...fence climbing :(. Watched her go up and over my 4 Ft. chain link within 30 minutes of being here; couldn't run fast enough. Enlisted neighbors, drove around, came home - and there she was, with a neighbor on a leash. She had reached the flood water, waded a bit, then walked back up the road to her new home. Very good girl! Hence, she is always on a leash or a long line when "loose" outside; she's doing well in the outside pen with multiple daily walks.

Halle is not yet on Petfinder nor Adopt-A-Pet but will be soon. I'm just back from vacation needing to catch up on lots of things, including putting dogs online!

Posted by Roberta Beach at 23:36 12 comments: Links to this post

Sometimes, I, and anyone in rescue or who owns a dog, need to make tough decisions, weighing the good of the many against a threat to one (yes, I'm a Trekkie and proud of it!).

Ethel M., Beagle puppy extraordinaire, is now spayed - but only just and Ricky, intact senior Beagle boy, has his "eyes" on her, so to speak. I have two other females, Peanut and Lucy, both with mammary tumors precluding them from being spayed.

Thus my dilemma - take a chance and neuter Ricky, though he has extensive heart-worms and is symptomatic OR try to monitor all of them, hoping no one gets pregnant, which truly will kill Peanut and Lucy, also with heavy heart-infestation. Ethel M. I can monitor for a bit; the other girls are not yet in heat. This is an opportune time.

After consulting with my friend and director of Safe Harbor, Alice, Ricky's neuter is on Monday. Neutering is swifter and less invasive than spaying; I cannot spay the mammary tumor girls. Yes, it is very risky for Ricky but having an intact male, used for breeding so he knows what he's about, on balance, is more risky for the girls I cannot alter.

Sigh. I know all will be well...however things go. Ricky weighs more now than when he came to Silverwalk, plays with the other dogs, and tries to mount with gusto. He will do fine.....

Posted by Roberta Beach at 21:58 4 comments: Links to this post

Opt to Adopt this Weekend

This coming Saturday, May 11, a volunteer from Safe Harbor Animal Sanctuary is hosting an adoption event in the parking lot of Busch Pet Products, Missouri Running Company, and Eye Candy on Kingsway. ALERT - you can't get there from Lexington but going around is worth your time.

Silverwalk dogs will be there, too:
Come out with your dogs to walk at 1000 with Cape Canine Cruisers, then at 1100, stop by and find your new best friend! 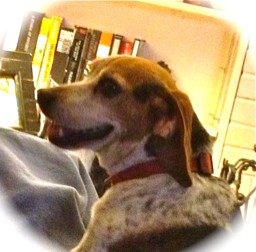 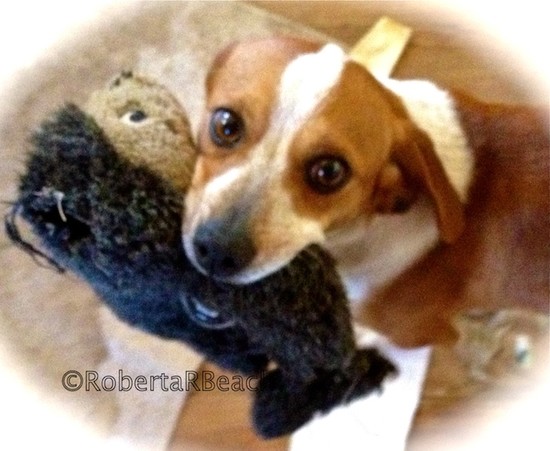 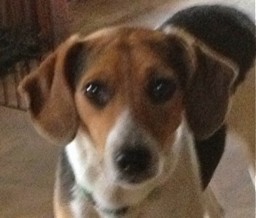 Posted by Roberta Beach at 14:43 5 comments: Links to this post