Look Jane! and See Sally were two puppies dumped in a nearby wooded area. They followed my neighbors sans collars and leashes to my front door. This week, I was privileged to see how Look Jane!, now named Coda (her young owner is a pianist), has grown over these past 2 years as well as the talent of her owner's sister in pet photography. You can tell which is mine and which is Karen's even without the watermarks.


I like to say the dogs at Silverwalk only here while their new families look for them. Today, Ethel M., Beagle puppy, went home with her new mom, who indeed looked for a Beagle puppy, and dad plus adult two legged sister. All came to meet her. Ethel turned on her charm, winning every heart around. Have a GREAT life, Ethel - I look forward to hearing from your new family about you. Your "brothers," Wyatt and Michael-Angelo, already miss you.

This is the current state of Silverwalk Hounds thanks to Abigail and Darnell Beckwith with friend John and Silverwalk's neighbor, Don. Abby and Darnell worked inside and out all day - 08:00 AM to 5:30 PM. I helped, too, mostly by following directions,  getting Ethel adopted, and Bailey back with her foster mom after a several day visit. What a difference deep cleaning done by someone who knows how to clean makes! I learned so much - like using the best and correct solutions and equipment:).

Friday evening, the husband and son of a co-worker took time to bring Silverwalk fencing from our sister sanctuary, Safe Harbor. WOW.

AND, a new at least for the summer, volunteer stopped by, admiring the hounds and offering to walk dogs and help out. Blessed, indeed.

Next up - bringing in two Coonhound sisters tomorrow, then more cleaning and organizing to top off the incredible effort of this weekend.  Volunteers and fosters ROCK.
Posted by Roberta Beach at 19:24 4 comments: Links to this post

Looking for a Beagle Dog or Puppy? Why Not Adopt!


This is a simplistic look at the Beagle but the explanation is pretty accurate. IMHO, Beagles are "simple" dogs - they scent, eat, and sleep; in the meantime, they are GREAT cuddlers and very good in families and with children. I have Magic, my blind Beagle who is in our prison training program, listed at Adopt-a-Pet. Needless to say, I need to update my listings there since I have many more for adoption!
Posted by Roberta Beach at 17:11 No comments: Links to this post

I'm told the water has crested - should take a week to go down. Whew.

Tuesday, I came home from work (in the morning; I work night shifts) and let the dogs out while I tried to sleep. In a couple hours, heard a loud yelp which was not a good one and found my Beagle Annie with a huge neck, not unlike a sudden goiter. OMDog! Called my vet, told them we were coming in since I didn't know her breathing status wouldn't deteriorate. Got there and the receptionist wanted to put her in the computer first. I spoke up (remember, I've just come off of 13 hours in the ICU where one acts quickly and charts later): "Can someone see her since her breathing may be compromised or do I need to take her somewhere else?" She then understood this was not a normal visit; we were seen quickly. Of course, they were busy but I had to be with her so I knew what my vet was thinking and I could tell her what I was thinking. Annie stayed till yesterday morning: her breathing was OK, but she had been bit by another dog (I think over a bird carcass, since I found evidence later) and was showing subcutaneous emphysema, which is where air leaks into the tissues. It was important we find from where the air leak was coming. She is much better today, but that was just the start....

As I stepped out of the vet, I took a phone call from my heating/air conditioning company who were coming out later since my AC went out late last week. Did I want the furnace pulled since the water was coming up? I never remember at what foot level my basement gets seep water, so I said, pull it in case. And then, the man who came is the son of a co-worker at work; he and his dad used to bring me hay for my horses years ago! Nice to catch up, and also nice to find out the AC fix is simple, but he pulled the blower just in case.

At this point, still with no sleep, I stepped back, took a deep breath, and reminded myself that: 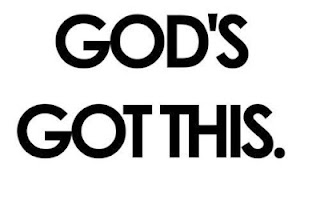 Asked the male half of my temp. roommates, when he had a chance, to take all the dog laundry to the far empty garage, just in case....and he did - EVERYTHING. They are now in their rental house and I miss them.

God stepped in big time. A good friend/volunteer/adopter emailed, wanting to know when to come out and help this week. My last scheduled work night was Tuesday, so I asked if she could bring a dolly and muscle to pull my dryer out of the basement. Cheryl, son Colton, and three girls came out, pulled it out of the basement, loved on the dogs, and then Cheryl and I swept up basement and first floor - just in time.

This morning, the basement has almost 6 inches seep water, so far being handled by the sump pump but not completely....Cheryl's timing, Zach's laundry moving, and my deciding to forgo my rose-colored glasses ("surely, it won't get that high again...") left an empty basement and a lot less to clean after this goes down.

And why haven't I been blogging? A neighbor called, I think Tuesday at work, asking if she could park in my drive. Of course - but she also asked if I was sick again; No, but last week, I worked 3 scheduled shifts plus my on call Saturday shift, my on call Sunday shift, followed by scheduled shifts Monday and Tuesday this week, while monitoring flood predictions.  I did it to myself since I'd planned to go to IL today and tomorrow for a critical care workshop; instead, I'm home monitoring the water and making sure the dogs don't go crazy with such limited space in which to run.

Instead of being sick, I'm very grateful to have a meaningful job, good and generous neighbors, a responsive vet, an understanding AC/heating secretary (whose parents live across the road from me) and great volunteers and friends (more are ready to step in should I need to farm out dogs or temp. move out). Thankful Thursday, indeed. 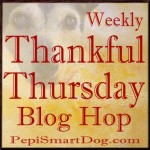 Posted by Roberta Beach at 18:54 6 comments: Links to this post